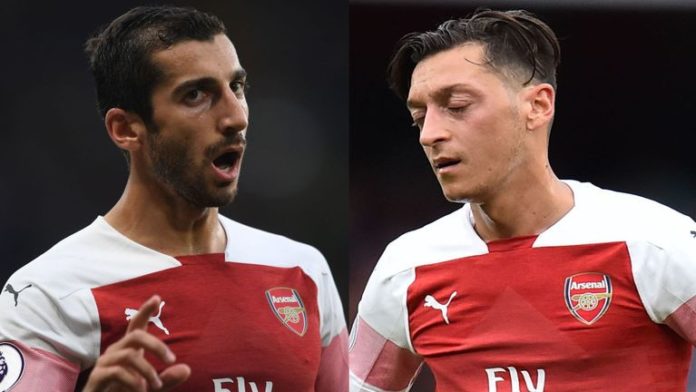 Arsenal have decided to sell Mesut Ozil and Henrikh Mkhitaryan when the transfer window reopens.

Arsenal duo Mkhitaryan and Ozil has flitted in and out of the Gunners starting XI during Unai Emery’s time in charge.

SEE ALSO: Why Signing This Argentine Star Would Be Incredible For Liverpool’s Attack

According to the Mirror, Mkhitaryan will be sold at the end of the campaign.

Regarding Ozil, it has been a tricky term so far.

The Germany international has struggled to win Emery round and, as a result, an Arsenal exit has been mooted.

He will supposedly join Mkhitaryan on the scrap heap when the transfer window reopens.

Emery reportedly believes both players – who earn over £500,000-a-week between them – can leave to free up funds for the summer.

However, the Mirror claim that the Arsenal duo may be joined out of the exit door by three other players.

Petr Cech is retiring, heading for another adventure after playing so long at the highest level.

Danny Welbeck is poised to leave as a free agent as well, with the England international currently sidelined through injury.

And Aaron Ramsey’s exit to Juventus has already been confirmed.