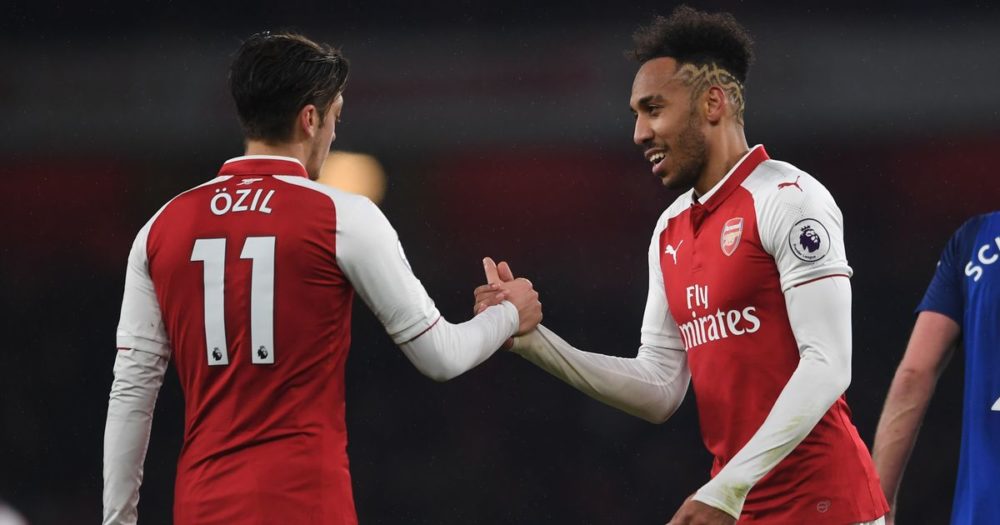 Arsenal are not willing to keep any player who goes into the final two years of his contract without agreeing on fresh terms.

The club have lost Aaron Ramsey to Juventus for nothing this summer, with the Welshman following in the footsteps of Alexis Sanchez, who moved to Manchester United in January 2018.

Arsenal managing director Vinai Venkatesham says the Gunners must avoid a recurrence in the future when other contracts are ticking down.

And his comments may act as a contract caveat to the likes of Mesut Ozil, Pierre-Emerick Aubameyang and Henrikh Mkhitaryan, who all have two years remaining on their existing contracts.

“We need to be really disciplined when we are dealing with senior players who are not towards the end of their careers,” he told the club's official website.

“So that means we have to start making the difficult decisions when they have two years left on the contracts.

“We're either going to renew those contracts or we're going to be selling them.

“We can't be in a situation where we're allowing players to walk out of the door for free unless they are coming towards the end of their careers.”

Venkatesham's comments imply there could be a busy summer of contract negotiations on the cards at the Emirates.

He has outlined Unai Emery's need to be resourceful in the transfer window, with about £40m available for signings if the Gunners do not win the Europa League.