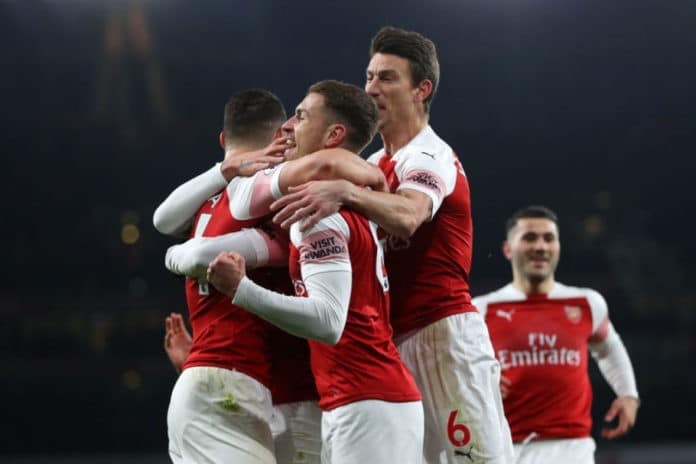 Arsenal manager Unai Emery has confirmed that two players are back in the squad for the clash with BATE Borisov in the Europa League on Thursday evening.

The Gunners have been in erratic form in recent weeks and that continued last Thursday as they suffered an unexpected 1-0 loss away to BATE Borisov in the first leg of the Europa League tie.

The Arsenal boss was forced to rotate his team once again due to injury issues with a number of key players currently serving time on the sidelines.

Not involved in the trip to Belarus last week was Aaron Ramsey, who recently agreed to sign an expensive deal to join Juventus in the summer.

Apart from the Welshman, Sokratis has also been out of the team in recent games due to an injury he suffered in the FA Cup defeat to Manchester United.

Ahead of the important clash with BATE Borisov on Thursday, Emery has confirmed that the Gunners will now be welcoming back the duo into the team.

“Yes, they are coming back with the team in the squad, Sokratis and Aaron Ramsey.” the Arsenal manager said.

SEE ALSO: Revealed: REAL Reason Why Mesut Ozil Is Not In Emery's Team

It is still unclear whether Ramsey will be handed a start but Sokratis, in particular, will be needed at all costs with much of Arsenal's backline currently out of form.