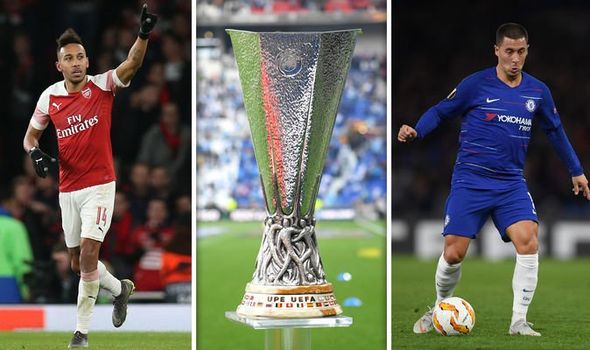 The Arsenal and Chelsea Europa League final will be the first match in the competition’s history to use Video Assistant Referees (VAR).

In December, it was announced that the tournament was going to see VAR used in the final, despite not being used during the knockout stages.

UEFA have confirmed the officials for the final in Baku and the list includes a Video Assistant Referee, two VAR assistants and an offside VAR.

Italian ref Gianluca Rocchi has been confirmed as the man in the middle for the London derby in Azerbaijan.

This is the first time the 45-year-old has taken charge of a Europa League final.

Strangely, even with using VAR in the final, UEFA are not rolling it out across the competition next season but will implement the technology at all stages in the 2020/21 campaign.

‘‘We are ready to use VAR earlier than initially planned and we are convinced that it will be beneficial for our competitions as it will provide valuable help to match officials and will allow us to reduce incorrect decisions,’’ UEFA president Aleksander Ceferin said earlier this season.

What day is the Europa League final? and Where is Europa Final 2019?

The UEFA Europa League final is to be played in Baku, Azerbaijan on Wednesday, May 29.