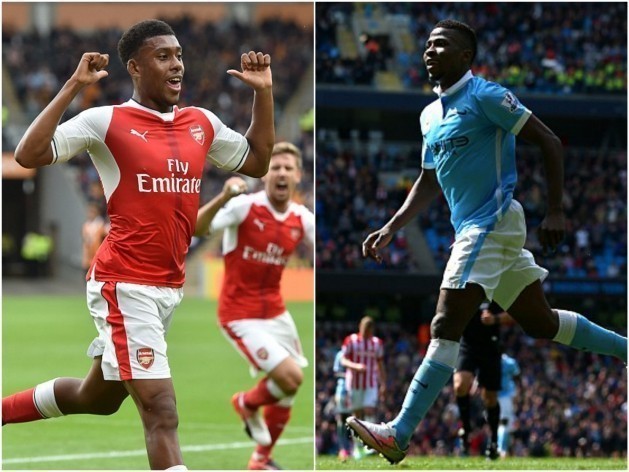 Alex Iwobi has been sighted training with other first-teamers on Sunday ahead of today's English Premier League showdown against visiting Leicester City, who will be parading Iwobi's international teammates, Kelechi Iheanacho and Wilfred Ndidi.

Iwobi would make his sixth Premier League appearance of the 2018-19 season if he gets to feature against the Foxes.

The Gunners have hit a purple patch, winning their last nine games in all competitions.

Their last victory came away at Fulham, with braces from Alexandre Lacazette and Pierre-Emerick Aubameyang, along with an Aaron Ramsey strike, handing them a resounding 5-1 win.

It means Unai Emery's side trail joint leaders Manchester City and Liverpool, who were both successful Saturday, by five points with a game-in-hand.

They also have the opportunity to go level with Chelsea if they can beat Leicester at the Emirates tonight.

The visitors at present occupy 10th place in the table after a mixed start to 2018/19, which has seen them win four and lose four of their opening eight games.