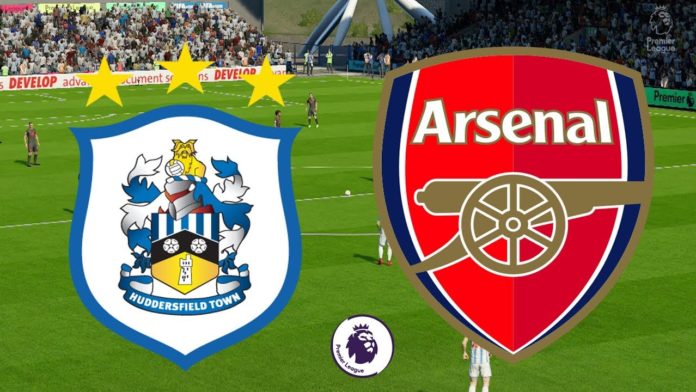 Arsenal will be hoping to put their dismal away form behind them as they travel to struggling Huddersfield Town on Saturday.

The Gunners are without an away win in seven Premier League games, a run that stretches back to the 2-1 win over Bournemouth on November 25.

With Sokratis Papastathopoulos out due to an ankle problem, in addition to long-term absentees Rob Holding and Hector Bellerin, the Spanish coach may be forced to revert to a back four.

Veteran full-back Stephan Litchsteiner may continue at right-back with Ainsley Maitland-Niles still doubtful after missing the game with a knee problem.

Granit Xhaka also faces a race against time as the Swiss midfielder continues to recover from a groin problem, meaning Matteo Guendouzi could start alongside Lucas Torreira in midfield.

Huddersfield, who have lost 12 of their last 13 games, will be looking to bounce back from a heavy 5-0 defeat at Chelsea.