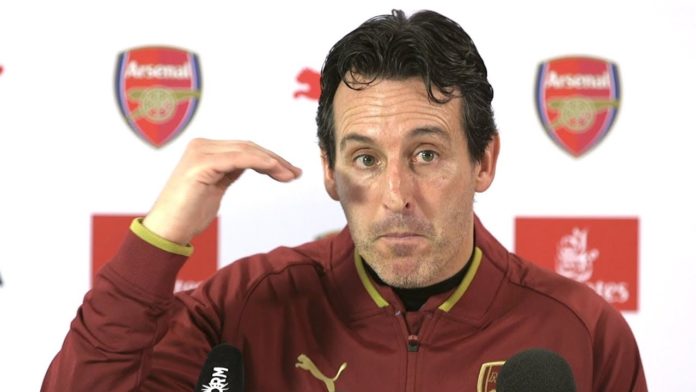 It will be a difficult task for Arsenal to qualify for the Champions League through a top-four finish this season after losing to West Ham, head coach Unai Emery has said.

Speaking in the wake of his side's 1-0 defeat to the Irons at the London Stadium, the Spaniard agreed that the situation has been made worse by wins for Chelsea and Manchester United as the Blues moved six points ahead of the Gunners while their former title rivals drew level on 41 points from 22 matches.

Ole Gunnar Solskjaer's side are only in sixth place because of a little inferior goal difference, and with the Gunners set to face Chelsea in their next Premier League tie, the wrong set of results may well see them drift away in the race for top four.

Though there is the outside chance of a ban being handed to Manchester City that could gift qualification to the team that finishes fifth this season.

Fourth place was the target set for Arsene Wenger's successor and it would be a very BIG letdown if the Gunners were to miss out, especially since they were previously ahead of United by 11 points.

“Now it's more difficult, it's clear,” said Emery in his post-match press conference after losing to West Ham.

“I think the most important thing for us is to recover our confidence and be more competitive.

“We need consistency over 38 matches. Now it isn't enough at the moment.

“West Ham was a bad result. If we can win today we are playing against Chelsea with a three-point maximum distance.

“The big opportunity for us was that we can take in our hands the possibility to be closer to them.

“This result makes that more difficult.”