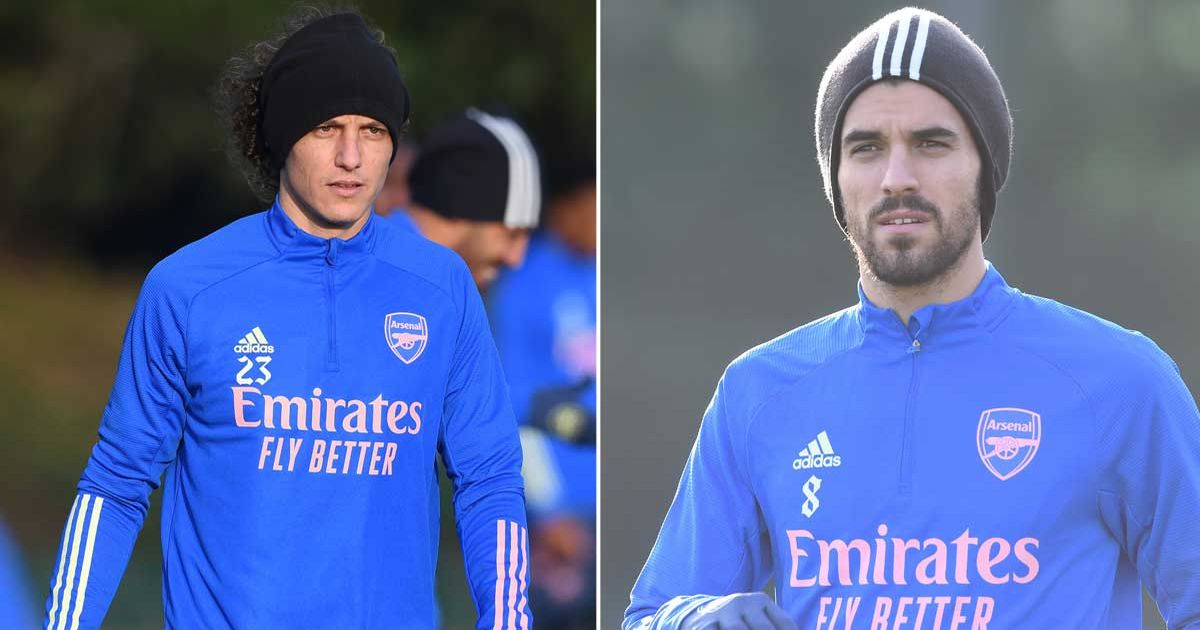 Arsenal boss Mikel Arteta has played down a reported training ground spat between David Luiz and Dani Ceballos during the international break.

Reports suggested Luiz and Ceballos had been involved in a physical alteration following an argument after an inter-squad training match during the international break.

While it was claimed Luiz had drawn blood from Ceballos during the exchange, Arteta said the incident was not unlike any other training ground disagreement.

Asked what happened with Luiz and Ceballos, Arteta replied: “Nothing.

“Training is very competitive and issues happen a lot of times. Those things get resolved immediately within the team and there is not much to say.

“There is no problem at all (between the two players).”

After the story broke on Thursday night, Ceballos took to Twitter to deny the claims – simply retweeting the article below the word: “FAKE”.