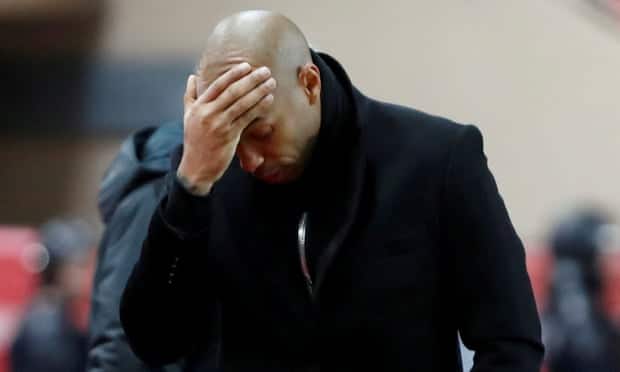 AS Monaco manager Thierry Henry's future at the Stade Louis II could be over.

Henry began his managerial career with his former club in October 2018, with the aim of steering them away from relegation.

Instead, the situation has failed to improve with Monaco now 3 points adrift of safety under the Frenchman.

They have managed just 4 wins in 20 games under the legendary striker.

Monaco sacked manager Leonardo Jardim after 4 years with Les Monégasques, but the gamble on the World Cup winner and former Arsenal striker has not paid off.

Manager Henry has been suspended from duties as first-team coach until a final decision on his future has been made.

AS Monaco currently sit in 19th and threatening relegation.