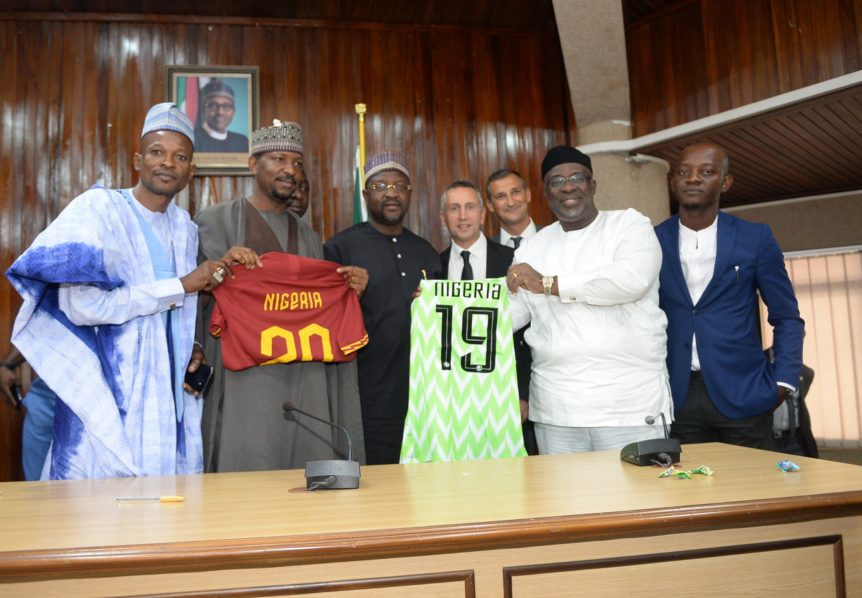 Serie A Club AS Roma have announced it has signed a three-year partnership with the Nigerian Football Federation.

According to SoccernetNG, the deal which was signed in Abuja will see Roma work with the NFF on Youth Development, Digital media initiatives and football administration in the country, while the NFF in return will help with Roma’s development initiatives in the country.

Present at the signing of the deal were Minister of Youths and Sports, Sunday Dare, NFF first vice-president, Barr. Seyi Akinwumi, 2nd vice-president, Shehu Dikko, AS Roma’s Head of Academy Massimo Tarantino, Ighodalo Ifada, Head of Africa, Sportfront GmbH and Paul Rogers, Head of Strategy at Roma who will be speaking today at the Africa Digital Sports Conference.

Speaking after the deal was signed, Massimo Tarantino said it will be a ground-breaking partnership for both parties.