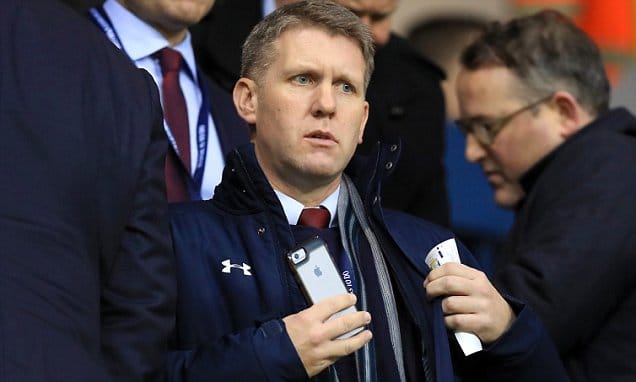 Aston Villa have fired director of football Steve Round, allegedly leaving manager Steve Bruce to negotiate the club's transfer dealings on his own.

The news comes in the wake of rumor that the English Football League is investigating the cash-strapped outfit's new management structure after voicing fears at the lack of football knowledge.

According to The Telegraph, Bruce is now saddled with all incoming and outgoing activity in the transfer window as chief executive Keith Wyness was also let go at the end of last season.

However, the report shows that the experienced campaigner has no plan of walking away from the position that he has held since October 2016.