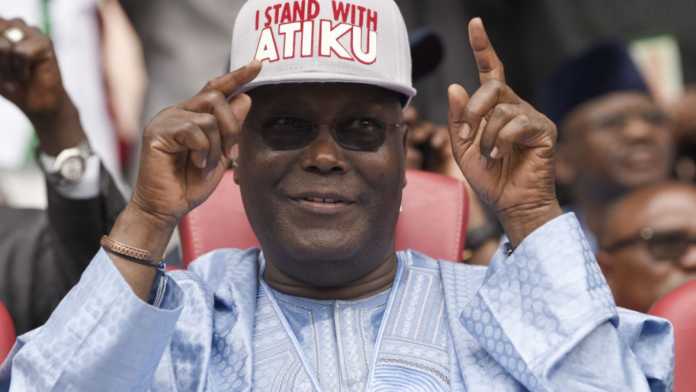 The Super Eagles travelled for the game as group leaders with nine points, with the Bafana Bafana second with eight.

After the Super Eagles drew with the Bafana Bafana of South Africa at the FNB Stadium in Johannesburg, Atiku shared his congratulatory message via his verified Twitter handle, @atiku.

He said, “Congratulations SuperEagles on qualifying for the 2019 AFCON. We will be here to cheer you to victory in the coming tournament.”

Congratulations @NGSuperEagles on qualifying for the 2019 #AFCON. We will be here to cheer you to victory in the coming tournament. https://t.co/S7W9vsWaLn Meanwhile, the Senate President, Bukola Saraki has also commended the Super Eagles over their qualification for the 2019 Africa Cup of Nations.

Reacting, the Senate President, on his Twitter page, congratulated Super Eagles for making the country proud.

Saraki wrote: “Congratulations Super Eagles on qualifying for AFCON 2019, you’ve made us all proud!”