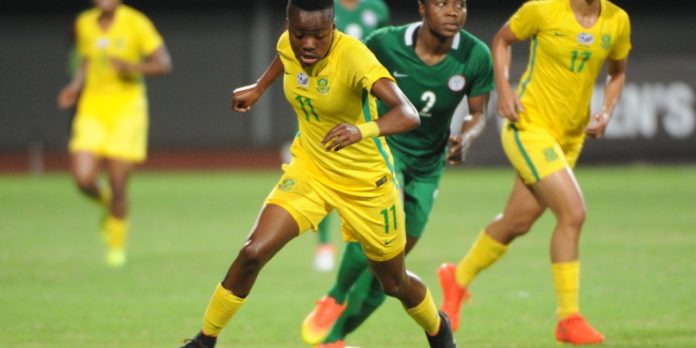 The Confederation of African Football (CAF) has confirmed through its soccer development general-secretary, Anthony Baffoe that the Super Falcons of Nigeria will begin their AWCON 2018 title defence against South Africa on November 18 in Cape Coast, Ghana, barely 24 hours after the Super Eagles of Nigeria and Banfana Bafana of South Africa clash in the next match of the 2019 Africa Cup of Nations qualifiers.

Speaking after the Falcons were placed in Group B alongside South Africa, Kenya and Zambia, Baffoe said the eight-time winners will kick off their campaign against Bayana before they face Zambia and Kenya.

Ghana 2018 begin on 17th November and run to 1st December, with hosts, Black Queens of Ghana drawn in Group A in with Cameroon, Mali, and Algeria.

While Nigeria will face South Africa in the opening Group B match, Ghana will play the tournament’s opening game against Algeria.

Kenya are in Nigeria’s group, replacing Equatorial Guinea who were disqualified for fielding an ineligible player.

While Nigeria are perennial winners of the competition, Ghana have never won the title but have lost in the final on three occasions: 998, 2002 and 2006.

Alonso To Stop Taking Knee, Reveals What He’ll Do Instead

David De Gea or Jesse Lingard: Who is the hero for...