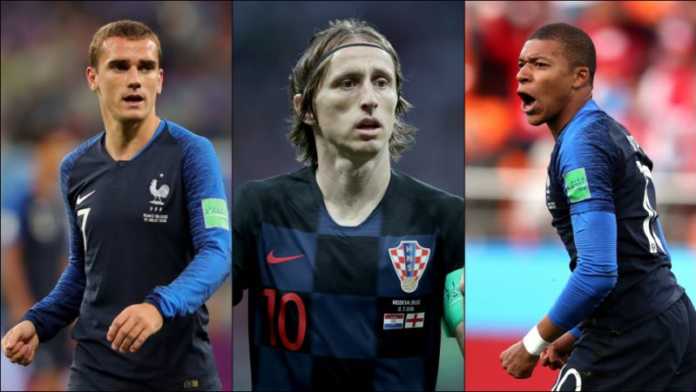 Luka Modric has tipped Antoine Griezmann to win the Ballon d'Or ahead of France teammates Kylian Mbappe and Raphael Varane, while also playing down his own hopes of clinching the crown despite being the hot favorite.

Modric is widely expected to win the award after a stunning year which featured him inspiring Croatia to an unlikely World Cup final appearance.

“I would put Antoine Griezmann in pole position in terms of the 3 Frenchmen, for all he has achieved this year,” said Modric.

“Mbappe? He's an extraordinary talent, a wonderful promise for the future but who has already displayed a great level. He's really special,” he said.

Modric added that he doesn't especially believe that he deserves to win it despite all the praise he has received in 2018.

“I do not like to talk that way and say, ‘Yes, I deserve the Golden Ball',” he continued.

“The important thing for me is to be in the field as I have been for months. This year 2018 has been without a doubt the best of my career.

Griezmann has previously spoken about his hopes of “going down in history” by winning the award.

“To win the Ballon d'Or at Atletico Madrid would allow me to go down in the club's history,” he told Marca.

“Being a historic player for this club would be a dream and make me proud. That's what I want, what I'm looking for.

“I am a very ambitious man and I always want more.”