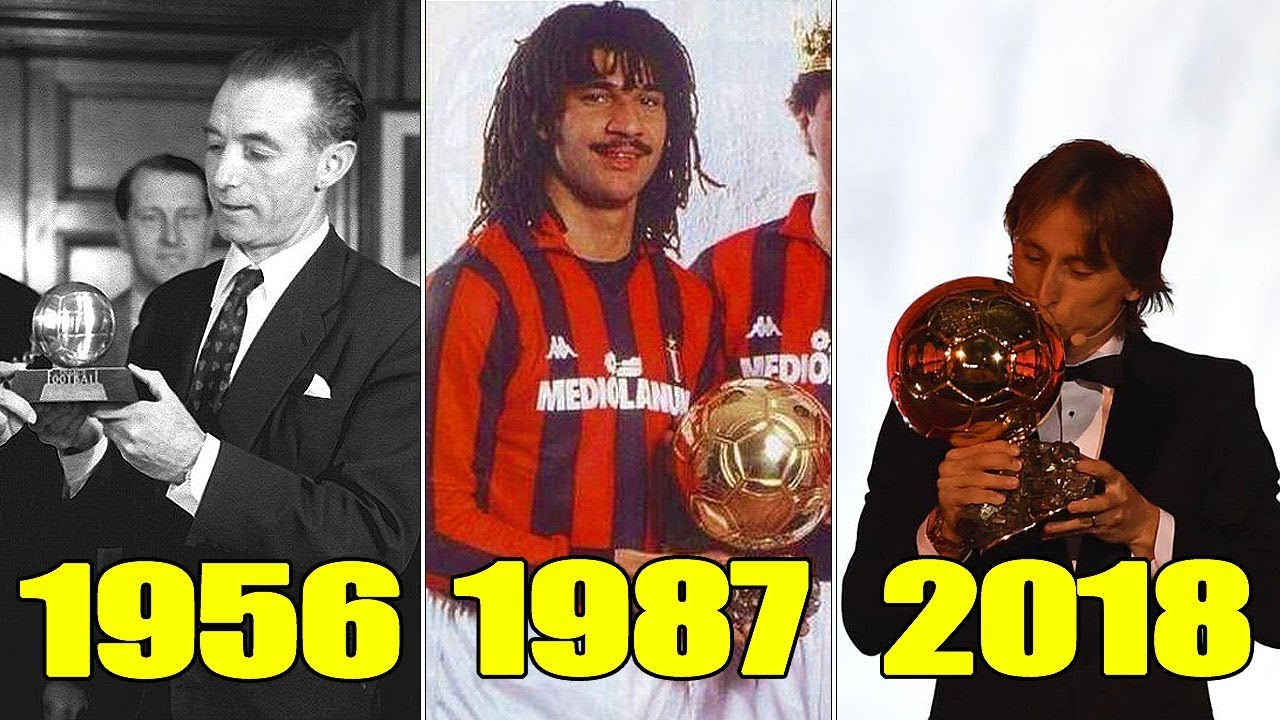 What will the Ballon d'Or Winners List look like? Obviously, you are going to see Lionel Messi and Cristiano Ronaldo's names repeatedly mentioned!

FIFA Ballon d’Or award is the most distinguished individual award in football and it is conferred on the best player in the world every year.

The Ballon d’Or award began back in 1956 and it was called the “European Player Of the year award” and only the players from Europe were qualified for this award.

But In 1995 the rules were adjusted and any player playing for a European club could win it.

And in 2010 the Ballon d’Or and the FIFA World Player of the Year were married, with the world’s best player awarded the FIFA Ballon d’Or, which any footballer from any part of the world can win it.

But in 2016, France Football stated that their partnership with FIFA had come to an end and that they would revive the Ballon d'Or award, the 2016 edition became the 61st award.

In 2018, the first women's Ballon d'Or award was presented and was known as the Ballon d'Or Féminin.

Ronaldo and Messi have each won the Ballon d'Or award a record five times, with four players each having claimed it on three occasions: Johan Cruyff, Michel Platini and Marco van Basten.

Now let’s take a look at all past winners of Ballon d’Or, or is it the FIFA Ballon d’Or award?

SEE ALSO | Barcelona Football Academy in Nigeria: Clear Guide On How To Join

That's the Ballon d'Or winners list. Since 1956 till date, there have been about 64 of them. Time will increase that number for sure.