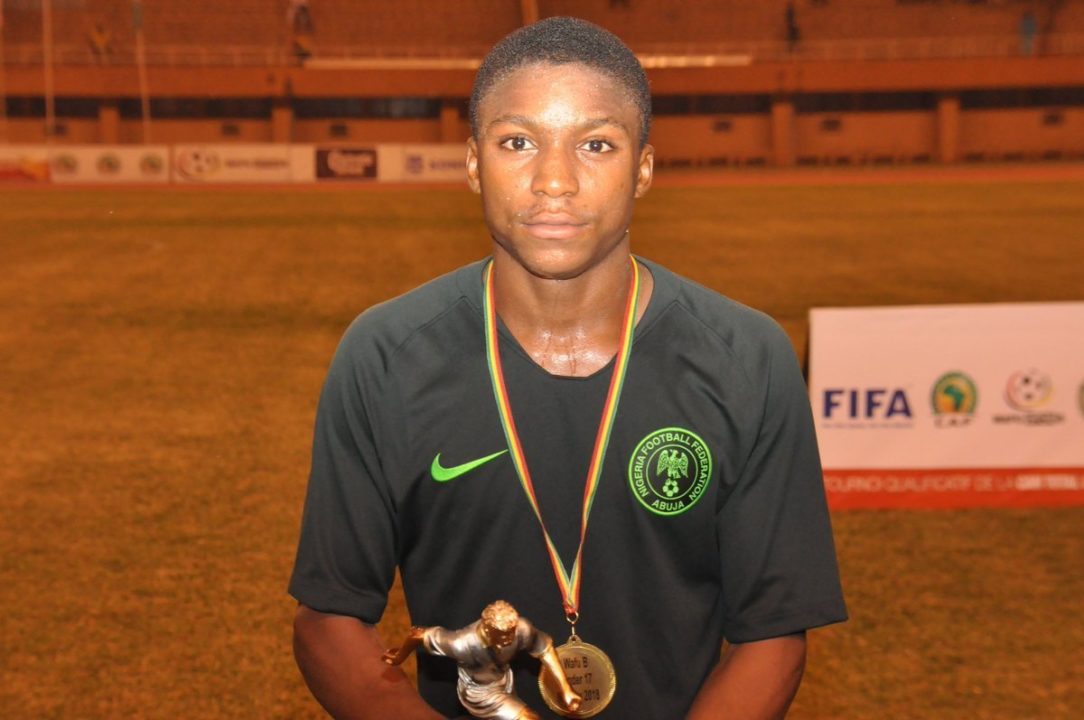 The trio of Barcelona, Atletico Madrid and Real Madrid have sent out scouts to watch Golden Eaglets captain, Samson Tijani at the 2019 FIFA U-17 World Cup in Brazil.

As per Spanish news hub, as.com, scouts from the three Spanish giants attended Nigeria’s first Group B game against Hungary on Saturday which the Eaglets won 4-2.

Tijani scored twice in the match: the first a well-taken penalty and the fourth, a sublime free-kick five minutes from time.

Real Madrid, according to the report, had two of their scouts in attendance during the match, while Atletico Madrid and Barca had one scout each at the venue in Goiania.

Tijani is one of the seven players Real Madrid are keeping a close tab on in the tournament.

Nigeria’s Golden Eaglets will take on Ecuador in their second Group match on Tuesday night.