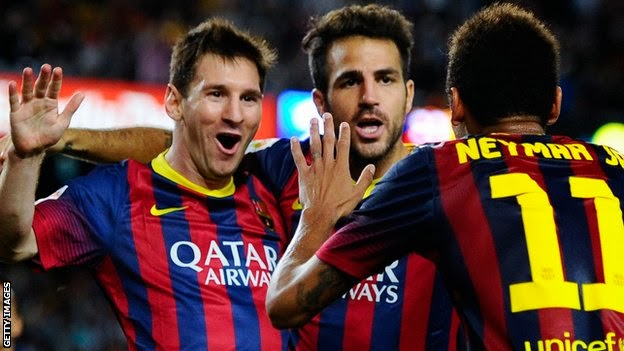 The Catalan side are ready to spend big this summer and are keen to bring in a striker to reduce the burden on Luis Suarez.

But the Frenchman isn’t the only attacker in their sights.

As per Radio La Red, Barca want to bring in Martinez.

The 21-year-old has dazzled at the Copa America, scoring twice during his nation’s journey to the semi-final.

And the Argentinian bagged nine times in an impressive campaign for Inter last term.

However, the Italians are expected to play hardball in an effort to keep Martinez.

New boss Antonio Conte is reportedly prepared to keep him and would preferably lose Mauro Icardi.

The deal could hinge on Inter’s approach for Manchester United striker Romelu Lukaku.

Conte is a big fan of the Belgian and reports have hinted they’ll tender a fresh bid for him this week.