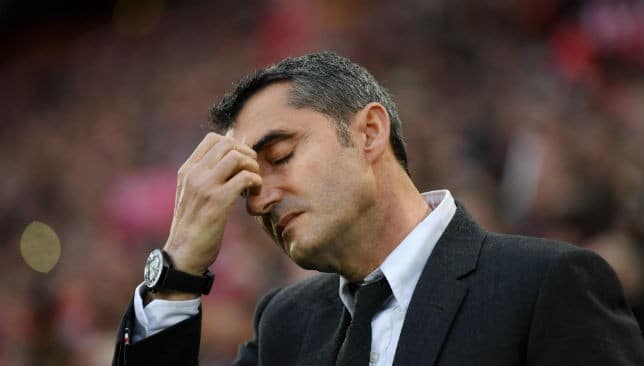 Barcelona boss Ernesto Valverde is most likely going to be sacked on today [Monday], according to reports in Spain.

Valverde is under pressure and his future could be decided at a board meeting on Monday afternoon.

Former Tottenham boss, Mauricio Pochettino is been touted as a possible replacement, along with former Real Madrid manager, Quique Setien.

Xavi declined the opportunity to return to Camp Nou as a coach as he does not want to go back in the middle of a season.

That would give the Catalan giants a solution until the point at which Xavi would be ready to be in charge.

GoalBall understand that Valverde is currently holding a meeting with Bartomeu after the morning training session.

After which there will be a meeting of Barcelona's board in the afternoon where his fate as manager would be decided.