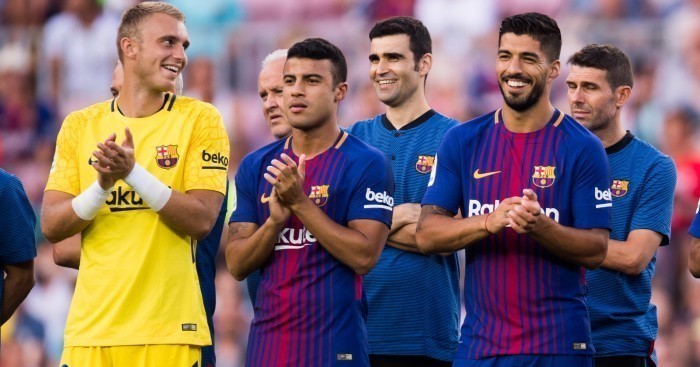 Barcelona are planning a shock swoop for Liverpool full-back Andrew Robertson this summer, according to reports from Spain.

Robertson has been in superb form for Liverpool this season, amassing 13 assists in all competitions and helping the Reds reach the Champions League final and still having the possibility of title success on Sunday.

According to Mundo Deportivo, the Catalan giants have decided the Scotland international is ‘the level of left-back that they want’ this summer, despite Jordi Alba having already recently penned a new five-year deal.

However, the report does state that Barcelona are aware of how tricky an operation it will be to pull off, given that the 25-year-old’s contract runs until 2024.

They also believe that Robertson would cost more than €50million, and reports suggest that an additional £100m could be placed on top of that.

Andrew Robertson has the level of a left-back that Barcelona want. The problem is that, with a contract until 2024, he would cost more than 50 million euros. [md] pic.twitter.com/qPoTSUCkm4

That clause, which is valid up until summer 2020, means that a £50m deal for Robertson would cost £150m – making it virtually unworkable for Barca to sign any of Liverpool’s stars before then.