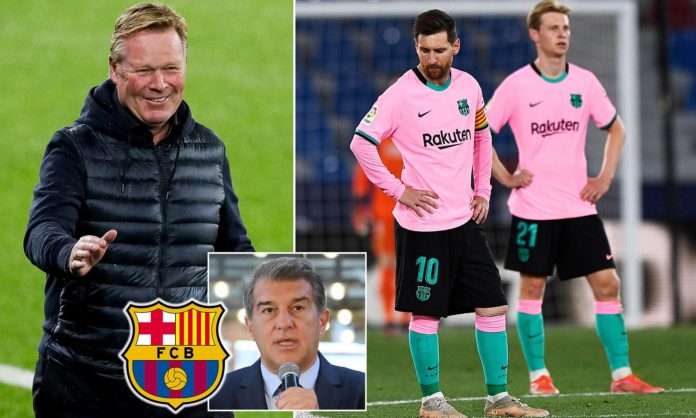 The powers that be at Barcelona have expressed total confidence in its manager, Ronald Koeman, and believe he's on the right track in taking the club to the next level.

This is contrary to the expectations of a section of the Barcelona fanbase given that the Catalan giants ended the previous campaign on a disappointing note as they finished third in the league standings behind Atletico Madrid and Real Madrid – the first time since the 2007/2008 season.

They were within the mix for the La Liga title, but their form was poor in the final phase of the campaign, picking just eight points from the last five games of last season.

As a result, there were questions about whether Koeman would remain at the helm so much so that returning club president, Joan Laporta was also unsure about Koeman's future.

Eventually, the board also consisting of Rafa Yuste, Mateu Alemany and Ramon Planes have backed the Dutchman to continue and honour the final year of his deal.

As it's been reported by local media in Spain, the club's hierarchy is pleased with Koeman’s handling of the team amid the exit of several high-profile first-team stars to ease their wage bill.

Koeman is prepared to work with upcoming La Masia graduates, and it is reported that he could be handed at least a one-year extension with a rebuilding job ahead.