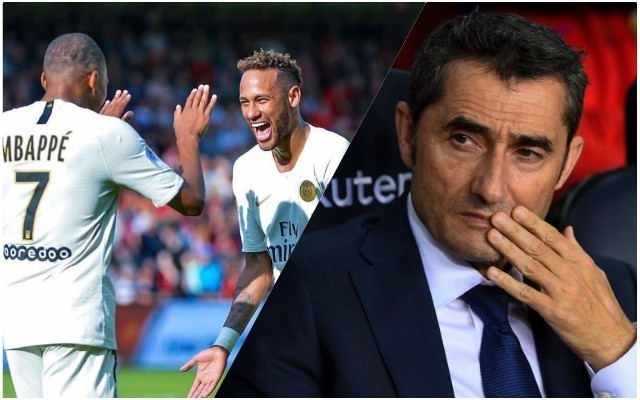 Barcelona have come out with a shortlist of players they’re keen to sign before the 2019/20 season starts.

Barca have In recent weeks been linked with moves for Ajax duo Matthijs de Ligt and Frankie de Jong.

Barca chief Ernesto Valverde is also keen on getting his hands on the services of Paris Saint-Germain midfielder Adrien Rabiot, a pursuit the club confirmed before the turn of the New Year.

And as per Mundo Deportivo, the Catalan club are reportedly interested in signing a surprising five players ahead of next season.

Barcelona’s technical director Eric Abidal is said to be ‘working on’ signing a goalkeeper, a centre-back, two central midfielders and a new striker.

Barca’s yearning to land a new goalkeeper is said to stem from their second-choice stopper Jasper Cillessen wanting to quit the Nou Camp.

The club reinforced the defence last month by signing Jeison Murillo from Valencia, though they have only acquired his services until the end of the season.

Reports say that they could sign him permanently should they fail to land de Ligt.

Rabiot, de Jong is claimed to being explored as an option to further strengthen Barca’s ageing midfield.

The Spanish champion may already be planning for their future, but Valverde has hinted he may not be in charge of the club by the start of next season.

The La Liga outfit return to action on Sunday evening, travelling to Madrid to seventh-placed Getafe.