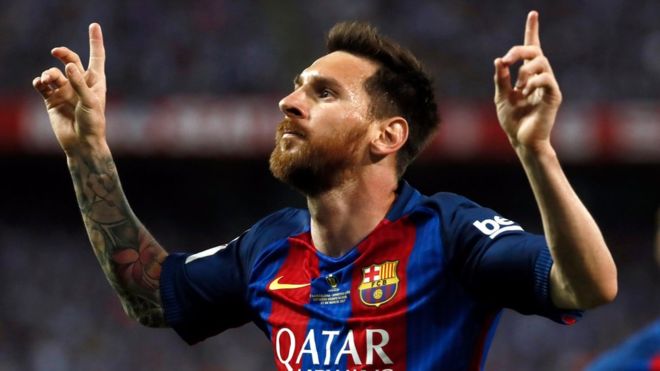 Barcelona have resumed their hunt to sign Atletico Madrid star Antoine Griezmann this summer to replace Lionel Messi, and they might be tempted by his newly cut price.

With Lionel Messi and Luis Suarez at 31 and 32 respectively, they are reaching the twilight of their career and the Catalan club need long-term replacements.

Much to Barca fans dismay, the clinical duo's dominance of Spain will come to an end eventually.

Another man who regularly catches the eye in Spain is Atletico Madrid poster boy Griezmann.

After almost five years in the Spanish capital, he is now reportedly considering his Atletico future.

The 27-year-old has activated a clause in his contract to allow him to leave the Wanda Metropolitano this summer for £102m, according to French outlet L'Equipe.

Griezmann’s release clause is supposed to be £170m, but that was slashed following Atletico's premature Champions League exit.

The Frenchman recently signed a new deal with the Madrid club but insisted on adding the clause to ensure he would continue playing at the highest level, even if it meant leaving.

Griezmann's father, who is also his agent, is keen on securing him a move to the Nou Camp.

The World Cup winner would be expected to take a significant pay cut if he were to move to Catalonia though.

Griezmann's current deal stands at around £18m, while Barca bosses are only willing to offer him close to £13.5m.