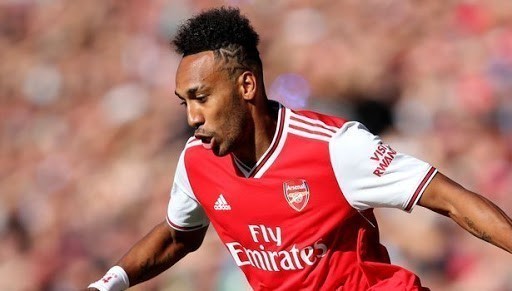 Arsenal are right now shaky after Barcelona confirmed their interest in Pierre-Emerick Aubameyang.

Barca failed to prise the 31-year-old away from the Emirates last month as a replacement for Luis Suarez.

Here’s what the Nou Camp chief said to Sport: “It is logical that in summer a ‘9’ will come. It is a necessity.

“We know that [Luis] Suarez will come back strong, but you have to bring a top player in the summer.

“We do not know if it will be young or experienced.

“We only look at the talent and adaptation they may have.

“We must think that some top players have come and have not adapted well.”

And when quizzed directly on the Arsenal hitman, he said: “I know him (Aubameyang).

“He has a profile that has depth. He is important, and in his team he is decisive.

“It is good to bring this profile of a player who can be in the market and can help you. We’ll see what will happen.”

And it seems the La Liga giants hope the lure of Champions League football, something the Gunners look extremely unlikely to be able to offer, will help them in their pursuit.