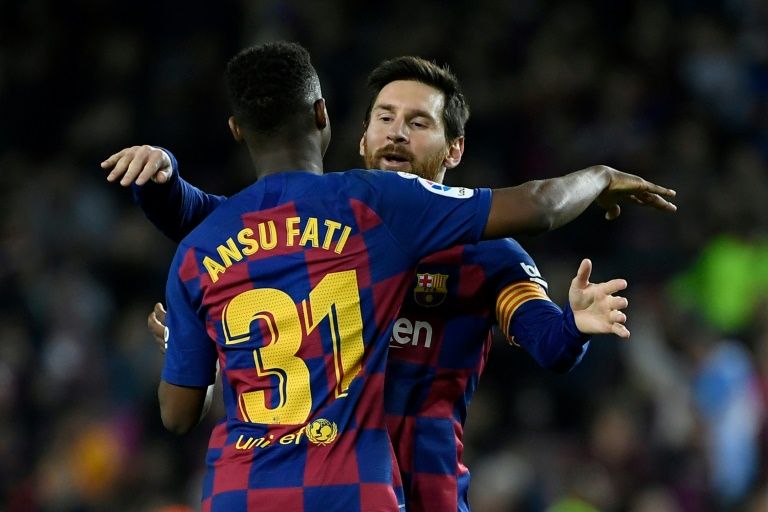 Barcelona want to secure the long-term future of Ansu Fati and end the bizarre confusion over when his existing contract is due to expire.

The teenage starlet signed a new contract in July 2019, with his release clause automatically increased from €100m to €400m.

According to Mundo Deportivo, Barca are keen on negotiating fresh contract with Fati, 18, which will become their main priority once the issue of Lionel Messi’s future is sorted.

But after Messi has been dealt with, Fati’s future is ‘immediately’ next on the club’s to-do list.

MD explains that part of the issue is that Fati’s camp do not interpret his current contract in the same way as the club.

Barcelona think the deal initially runs until 2022, but includes an option of two further years that can be triggered to extend it until 2024. This is what they announced in both July and December 2019.

But the view of the player’s advisers is said to be that it ends in 2022.

So now Barcelona must present a new long-term contract offer, potentially until 2026, to clear up the confusion that may come back to bite them further down the line if it persists.