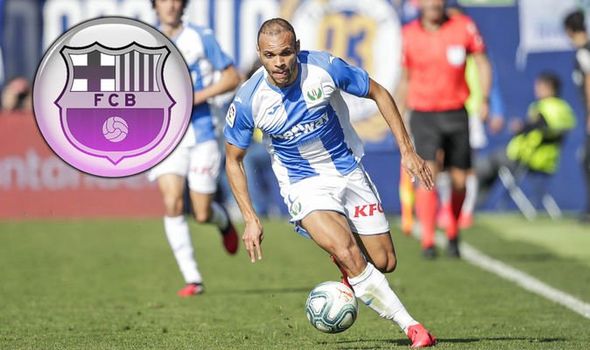 Barcelona have completed the signing of Martin Braithwaite after the Catalan club paid the 28-year-old’s 18 million euro release clause to Leganes.

The Danish forward has signed a deal that will see him in Barca until June 30, 2024, while his new release clause will be 300 million euros.

After weeks of failed pursuits, Barcelona have finally brought in Braithwaite to cover the injuries to Luis Suarez and Ousmane Dembele, as well as the departure of Carles Perez.

LaLiga gave the club permission to sign a replacement for Dembele outside of the transfer window on Monday, once it was confirmed that the Frenchman will miss the six months of action.

Willian Jose was Barcelona's top target, yet they could not reach an agreement with Real Sociedad.

Then there was Angel Rodriguez but critical voices at the Camp Nou about his age – he's 32 – led to the Blaugrana looking elsewhere.

Finally, Braithwaite is the man Barcelona have been able to bring to Camp Nou.

Braithwaite has played in 27 games across LaLiga Santander and the Copa del Rey for Leganes this season, scoring a total of eight goals.