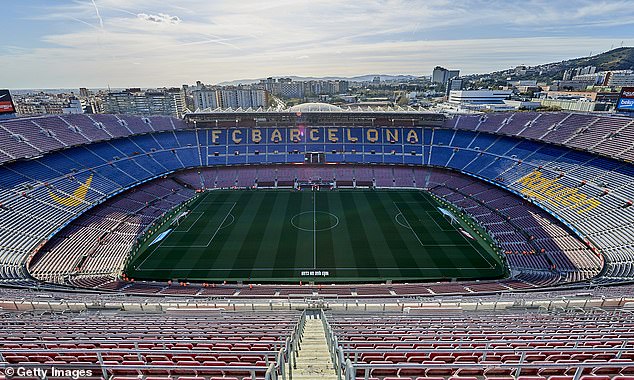 Barcelona are planning to sell the naming rights to the Nou Camp for one year in an effort to raise money for the fight against the coronavirus.

The Spanish club's executive board said on Tuesday the club will donate the entire fee raised by selling the title rights to the Nou Camp to fighting the global pandemic.

Nou Camp is the biggest stadium in Europe with more than 99,000 seats. It has never had a sponsor since opening in 1957.

‘'We want to send a universal message: For the first time someone will have the opportunity to put their name on Nou Camp and the revenues will go to all of humanity, not just Barca,’' club vice president Jordi Cardoner said.

‘'The initiative arose in an emergency situation. We think that we have to have a very quick response, putting our crown jewel at the service (of the fight).'’

The stadium will maintain the name ‘Nou Camp' in addition to including the sponsor, the club said.

Barca said they hope to close a deal ‘in the coming weeks.