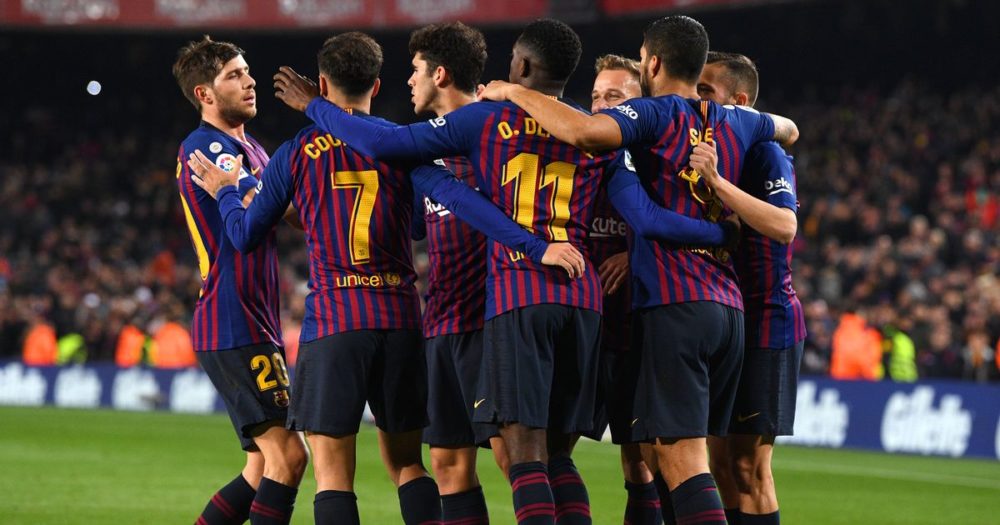 Barcelona are set to make their move for Antoine Griezmann by meeting the France international’s release clause in what could be an incredibly exciting transfer.

The Atletico Madrid forward is set to be targeted by the Catalan giants with a £108million bid after announcing he would be leaving his current club at the end of this season, as per Sky Sports.

The 28-year-old could be an ideal signing for Ernesto Valverde’s side to help move the club ahead after another season in which they won La Liga rather comfortably but failed to make reach the Champions League final.

Given that Luis Suarez is looking past his peak, the signing of Griezmann up front could be vital to help Barca become real challengers for the trophy next term.

Man United indeed need a big-name signing like Griezmann as an upgrade on Alexis Sanchez, with the Telegraph also linking the Red Devil with the likes of Jadon Sancho and Richarlison.

Los Blancos have also been linked with Griezmann by Don Balon, but a controversial move across the Spanish capital may be less realistic.