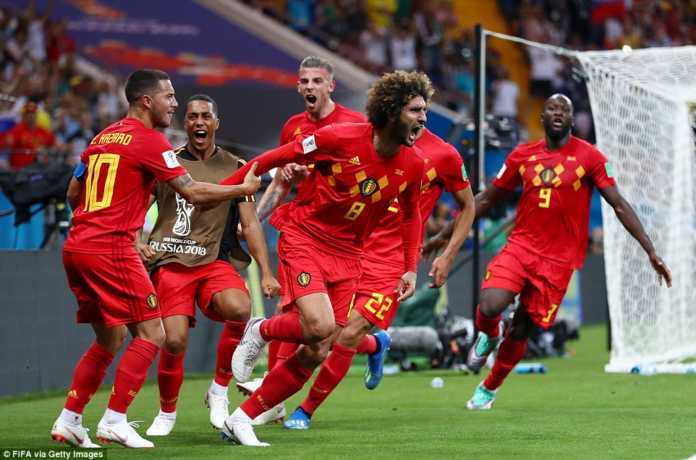 Belgium scored a spectacular late goal to secure a place in the World Cup quarter-finals with a 3-2 victory in their last-16 tie with Japan.

In four extraordinary minutes, Japan rocked the Rostov Arena with goals to Genki Haraguchi and Takashi Inui just after half-time. Belgium scored back through Jan Vertonghen in the 69th minute and Marouane Fellaini five minutes later. Nacer Chadli then secured victory late on.

Belgium had made a promising start. Romelu Lukaku won two corners with deflected shots but then struggled to connect when only a routine finish was needed from close range. Eden Hazard also tested the Japan goalkeeper Eiji Kawashima with a strike from midfield as Belgium slowly but surely increased the pressure without finding a burst through.

Japan successfully stood firm against the superior Belgians, making sure the match stayed goalless at half-time.

Japan made an exciting start to the second half, scoring in the 48th minute through Haraguchi to go 1-0 up. A quick counter-attack led to Haraguchi being sent one-on-one with Courtois, and he coolly finished first-time towards the bottom left corner.

Belgium will now play Brazil in the quarter-finals at the Kazan Arena on Friday night.