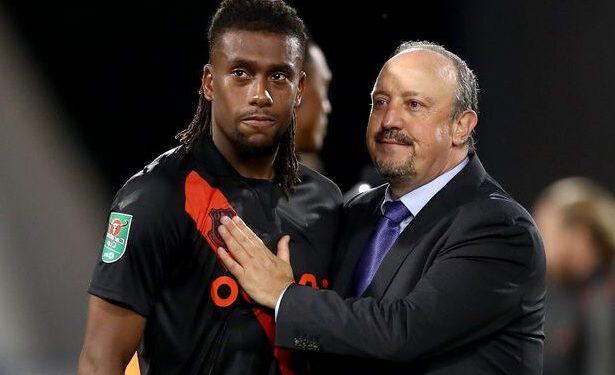 Everton manager Rafa Benitez has provided a positive update on Super Eagles star Alex Iwobi ahead of his side's Premier League meeting with West Ham United as the player has returned to full training.

Iwobi pulled out of the Super Eagles squad for this month's games against the Central African Republic after picking up an injury.

The Nigerian was also missing in action during the Toffees 1-1 draw with Manchester United prior to the international break because of the ailment.

That was the first time the Hale End Academy product has been omitted from a matchday squad in the new season.

Providing a fitness update on the winger, Benitez told Everton's official webpage: “Alex Iwobi was training and [so were] Digne and Coleman – that is good news for us – they have started training with the team.”

Whether Iwobi will be named in the starting line-up is left to be seen.