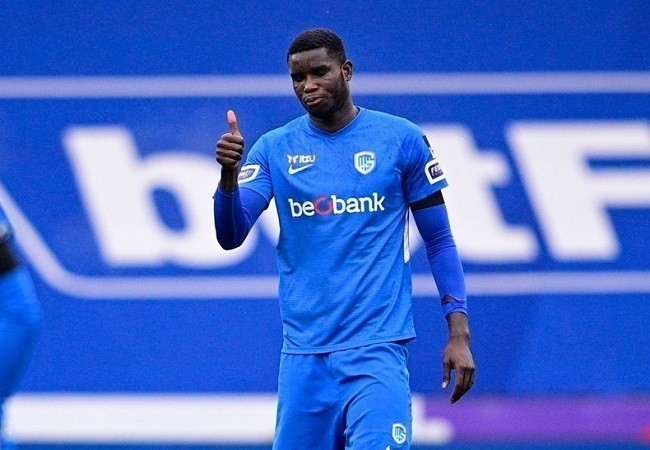 Super Eagles and Genk forward, Paul Onuachu, has been listed as a potential replacement for Erling Haaland at Borussia Dortmund.

A host of European clubs have been linked with a move for the Nigerian international center forward Paul Onuachu in recent days and the latest side to show an interest is Borussia Dortmund.

This is amidst the uncertainty surrounding the future of the Norwegian forward with several European clubs interested in the Norwegian goal machine and a move away from the Signal Iduna park in the next summer cannot be ruled out.

According to Sky Germany transfer market expert Marc Behrenbeck, Onuachu is on the radar of Borussia Dortund as a replacement for Haaland.

Recall that the lanky Onuachu was linked with Premier League's West Ham United and Brighton & Hove in the last summer transfer window but a proposed switch to the Premier League did not materialize.

The 27-year-old subsequently signed a contract extension until 2024 but Genk are willing to let him move on if an interested club meet their asking price for the former FC Midtjylland man.

However, Borussia Dortmund will face competitions from Inter Milan and Southampton should they want to acquire the signature of Onuachu.