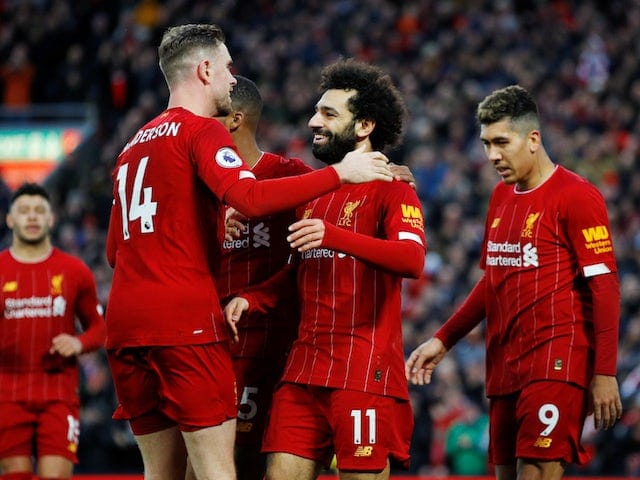 Despite being 22 points clear, Liverpool could yet miss out on the Premier League title if coronavirus cuts short the season.

The Reds have ‘no guarantee' that they would still be crowned champions should the season end prematurely due to the scale of the virus outbreak, according to the Telegraph.

The report goes further to detail that ‘no specific regulation' is in place should such a scenario play out that all 38 top-flight games are incomplete and it could see all three teams in the relegation zone reprieved.

There are 11 matches remaining in the Premier League season with Jurgen Klopp's side cruising to their first top-flight title in 30 years.

But the virus is spreading quickly across Europe and it has increased fears that the UK government could ‘opt to cancel sporting events for two months'.