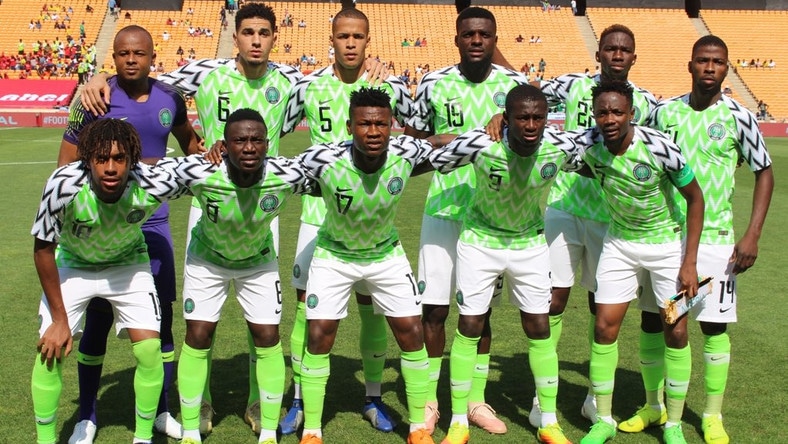 Not one Super Eagles player was named in the AFCON 2019 best XI neither did any of them got the bench for the top performers after the first round in the competition.

Despite Nigeria winning two group games with Kenneth Omeruo emerging best performer after based on stats by whoscored.com, Gernot Rohr’s men didn’t get a mention on the list.

CAF posted 19 players on its official Twitter handle on Wednesday – just a day after the group stage matches were concluded.

Tagged the Group Stage best Squad, the post was accompanied with the tagline:

Take a look at the CAF best XI:

The Super Eagles will be taking on Cameroon in a round of 16 match on Saturday and three Indomitable Lions’ names were mentioned in the CAF XI squad: one starter and two on the bench.

Center Half Yaya Banana was named in a four-man defence with CAF preferring a 4-3-3 formation.