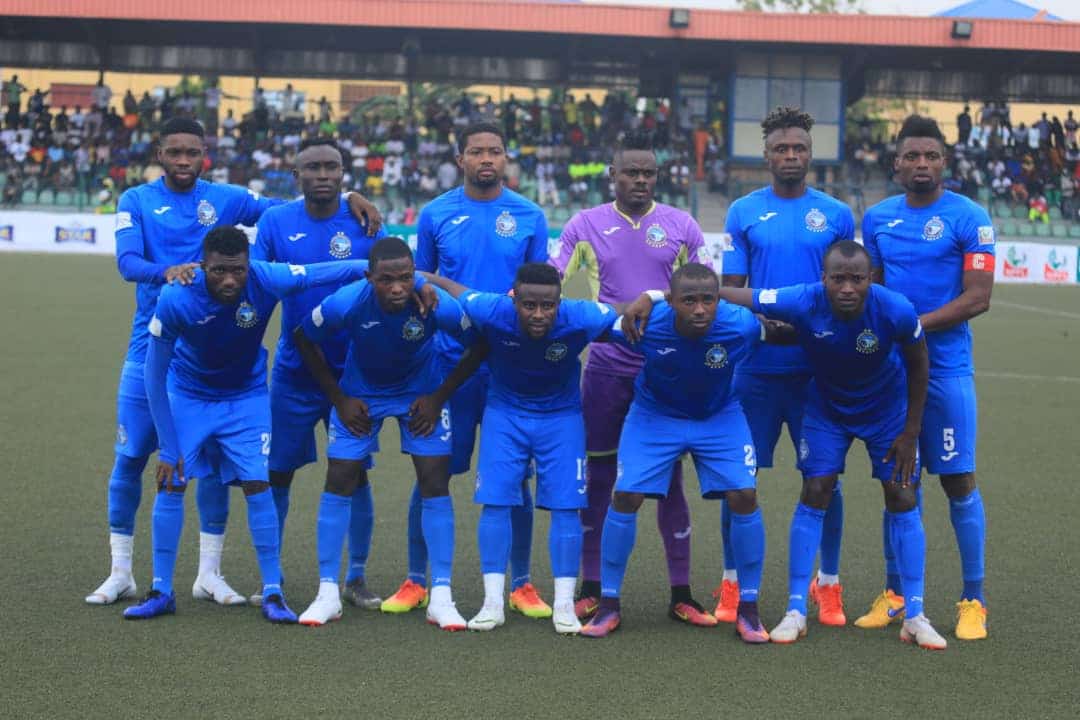 Enyimba of Aba were ruthless in the second leg of their CAF Champions League qualifier against Rahimo of Burkina Faso, with two goals each from Reuben Bala and Stanley Dimgba accounting for their 5-0 bashing of the Burkinabes.

Rahimo won the first leg in Ouagadougou 1-0 and arrived in Aba hopeful of at least a draw in the game played behind closed doors.

But they were taken on a merciless journey by the Peoples Elephant, who capitalised on their early numerical advantage to go goal-wire.

The Burkinabe champions were reduced to 10 men nine minutes after the kick-off when their first leg goal scorer, Zonon Issouf was given a straight red card for stamping on Enyimba’s Emmanuel Ampia.

Although what would have been Enyimba’s opening goal by Skipper Godwin Abalogu in the 24th minute was cancelled as Stanley Dimgba, who provided the assist, was ruled offside, the People’s Elephant moved ahead in the 30th minute through Reuben Bala’s fantastic free-kick.

The fight in Rahimo FC was snuffed off in the second half by the introduction of Stanley Okorom who made an immediate impact as he gave Enyimba the lead on aggregate in the 46th minute.

Stanley Dimgba made scores 3-0 on the night in the 78th minute; Reuben Bala scored the fourth goal shortly after before Dimgba completed his brace off a pass from the corner flank by Stanley Okorom.

Enyimba will now meet Al Hilal of Sudan in the last qualifying round of the competition.

The Sudanese team were held to a goalless draw by Rayon Sport of Rwanda.