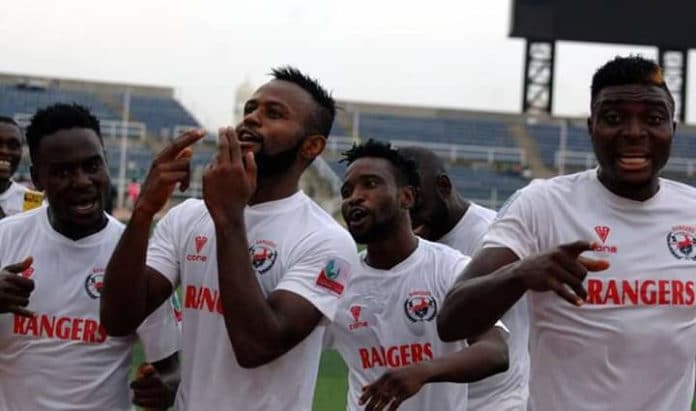 Enugu Rangers of Nigeria have this afternoon beat Bantu FC of Lesotho 2-1 in a CAF Confederation Cup qualifier.

The NPFL side were drawn against Lesotho side Bantu FC in their final qualification game.

They thumped Defence of Ethiopia and USM bel Abbes of Morocco in earlier qualification rounds.

Enugu Rangers took the lead in the 20th minute in a match played in Lesotho through Bright Silas.

The home side pressed for an equaliser but could not burst through the reigning Aiteo Cup champions defence.

The Rangers scored their second through Aguda Godwin in the 87th minute.

The home side managed to pull one back in the 90th minute through Lazies but turned out to be a consolation goal as Rangers held on for the win.

They will have an opportunity to seal qualification to the CAF Confederation Cup group stage when they host Bantu in the second leg at the Nnamdi Azikiwe Cathedral Stadium on Sunday, January 19.