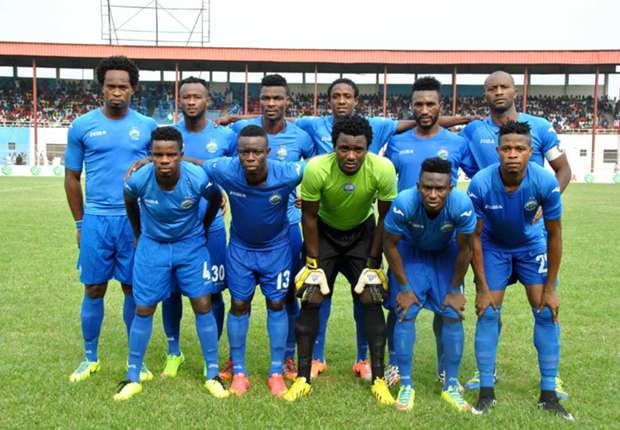 A formal protest has been filed by Enyimba to CAF over the travel plans of Raja Casablanca ahead of Wednesday’s CAF Confederation Cup semi-final in Aba, punchng.com reports.

Enyimba also found fault in the referees for the game traveling on the same flight with the Moroccan club.

In a protest letter signed by chairman Felix Anyansi-Agwu, and dated October 1, 2018, the Nigerian club told CAF they were unaware of Raja’s plan to arrive directly in Port Harcourt from Morocco and so could not offer the team any protocol assistance on their arrival in Port Harcourt.

Enyimba said they had made all the needed arrangements to receive the Moroccans in Lagos.

“The actions of Raja are deliberate and designed to not only cast our team in a bad light but gain an unfair advantage on Matchday,” the club argued.”

“These actions are against the rule of the sport and against fair play and we request that CAF takes a hard stance against this by carrying out all necessary actions that would uphold the objectiveness and impartiality of the match.

“Much as the referees may have a logical explanation as to their change of travel plans, we are gravely concerned,” complained Enyimba.

“We have faith in the integrity of officials designated for this semifinal game but we all know that affinity breeds complicity.”