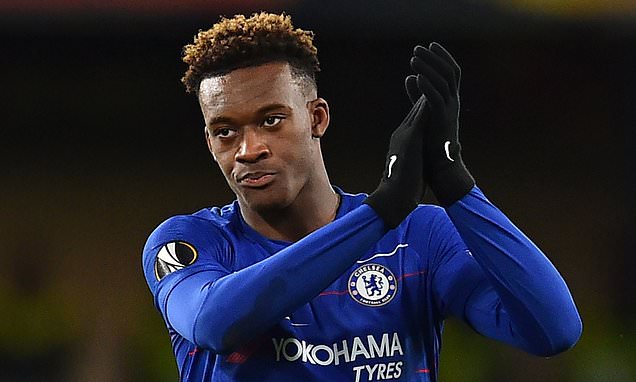 Callum Hudson-Odoi is set to stay at Stamford Bridge, but he will do so under one condition.

Chelsea's transfer ban has forced the club to enter negotiations with their players to keep them around.

That ability to negotiate will be put to use when trying to sway their players, and one of those who is still negotiating terms for a new deal is the English youngster.

The starlet was tempted by Bayern München during the January transfer window, but the Blues managed to keep him around for the second semester of the 2018-19 season.

With his contract set to end soon, Hudson-Odoi's agents have come out with their first demands, and one of them has to do with current Chelsea superstar Eden Hazard.

With Hazard set to switch to Real Madrid, Hudson-Odoi is ready to make one of his dreams come true, and according to a report by the Mirror that is none other than wearing Chelsea's No. 10 shirt starting next season.

It may not be a deciding factor when it comes to picking his next club, but Chelsea's execs know the first thing they have to do to persuade Hudson-Odoi.