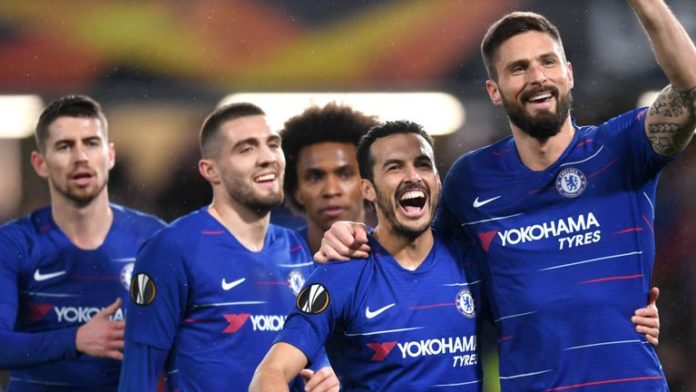 Chelsea hope to close in on the top four with a win over Cardiff City on Sunday afternoon.

I don't think there is too much doubt over who will start in goal as Kepa Arrizabalaga is expected to keep his place.

Antonio Rudiger will continue alongside David Luiz in the middle of the defence with Cesar Azpilicueta certain to remain at right-back as Davide Zappacosta struggling with an ankle injury.

Jorginho is certain to keep his place in the deep-lying playmaker role while N'Golo Kante is also sure of his place in Sarri's starting eleven so there is one midfield place up for grabs.

Ross Barkley has been seeing plenty of game-time lately but I think we could see Mateo Kovacic given a recall against Cardiff.

Eden Hazard is certain to keep his place. Gonzalo Higuain will be keen to register against Cardiff if he's selected to lead the lineup front ahead of Olivier Giroud.

Willian is also competing for a place in attack but I think Pedro will keep his place alongside Hazard and Higuain.