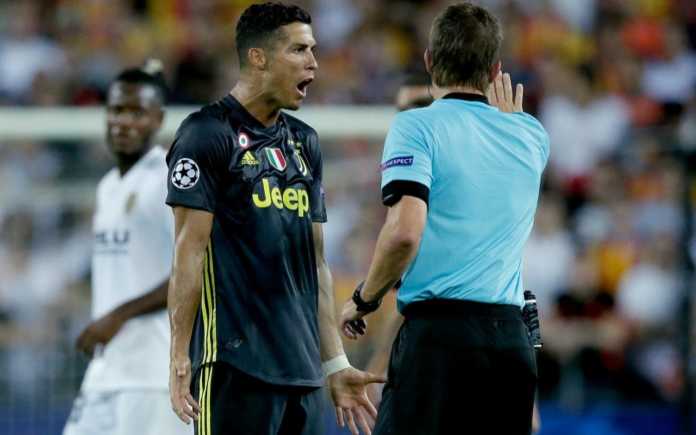 Cristiano Ronaldo is now free to face his old club Manchester United in the Champions League next month following the decision of disciplinary chiefs not to increase his ban.

There were fears that an extended suspension may possibly cost him his trip back to Old Trafford on October 23, but UEFA announced on Thursday afternoon that its control, ethics and disciplinary board had decided one match was enough.

A UEFA statement said: “The CEDB has decided to suspend the Juventus Football Club player Cristiano Ronaldo for one UEFA competition match for which he would be otherwise eligible.”

The former Real Madrid star left the pitch in tears after Brych wielding the red card with Juve coach Massimiliano Allegri later complaining about the lack of VAR in the competition.

UEFA had announced earlier on Thursday that the VAR system will be employed in the Champions League from next season.

The decision will come as a relief to Ronaldo, who spent six immensely successful years at United before his £80million move to the Bernabeu Stadium in July 2009.

Ronaldo has endured a diffident, at least by his standards, start to life in Italy following his £99.2million summer move.