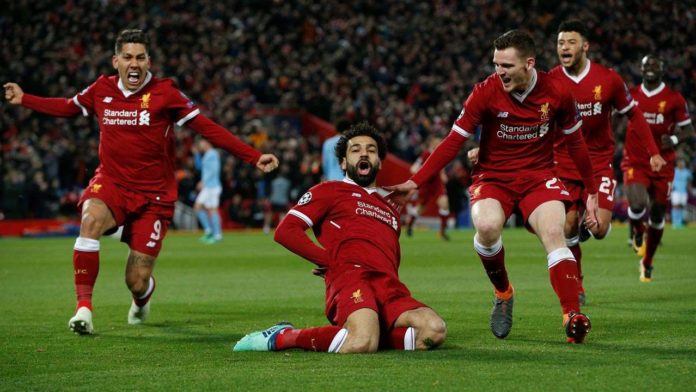 Liverpool now have positive news on the fitness of Georginio Wijnaldum, Xherdan Shaqiri and Dejan Lovren ahead of tonight's Champions League Round of 16 tie with Bayern Munich.

The Reds face one of Europe's most decorated sides at Anfield this evening in a Champions League Round of 16 showdown and Liverpool will be hoping to be boosted by the return of Dejan Lovren, who Jurgen Klopp says is touch and go with his hamstring injury.

Georginio Wijnaldum, who had diarrhoea prior to the Bournemouth game, has recovered while Xherdan Shaqiri is also back after missing the game against the Cherries with an abdominal injury.

“I don't know 100 per cent. It's Monday and we play on Tuesday so most of that should be clear,” Klopp told Liverpoolfc.com, after being asked for an update on the trio.

“Gini trained and looked really well. Shaq did a lot, so it will be close, we have to see. Dejan, I actually have to wait minute by minute if there is a chance or not. But that's pretty much all, I would say.

“If – if – [Fabinho plays there] in the Champions League Round of 16 against Bayern Munich it's not an easy job.

“But we thought it makes sense we don't leave our last row alone defending against Bayern; [so] it all depends how we defend in general. That's it.”