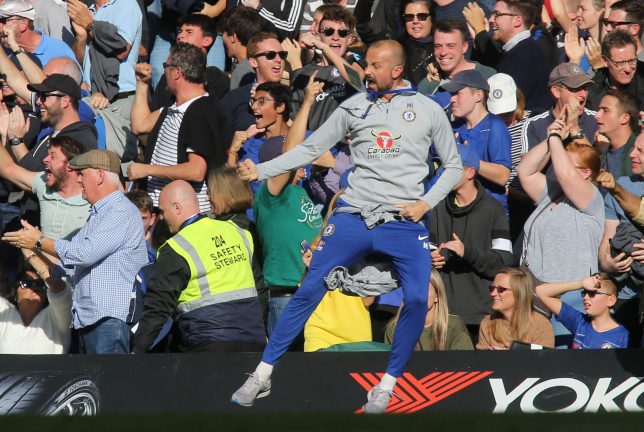 The Football Association has fined Chelsea coach Marco Ianni £6,000 after admitting to an improper conduct charge for his celebrations against Manchester United.

The FA’s statement read: “Chelsea coach Marco Ianni has been fined £6,000 after he admitted an FA improper conduct charge. It concerned his behaviour in the 96th minute of the game against Manchester United on October 20, 2018.”

The FA reminded United boss Mourinho, Chelsea and Manchester United of their responsibilities in the upshot of the incident, which occurred at the end of the 2-2 Premier League draw.

The Portuguese was incensed by the way Ianni celebrated the goal in front of the United bench, leading the former Chelsea boss to whiz off his seat and a scuffle ensued.

Mourinho received an apology from both Ianni and opposite number Sarri and said he considered the matter closed.

Sarri said Chelsea would consider whether any internal punishment was necessary once the FA delivered its verdict.

Mourinho had launched an unexpected defence of Ianni after England Women manager Phil Neville called for the “absolutely disgraceful” behaviour to lead to the Italian being sacked.

Mourinho said: “I’m not happy that it’s going too far with the young boy. I don’t think he deserves more than what he got.

“He apologised to me, I accept his apologies. I think he deserves a second chance.