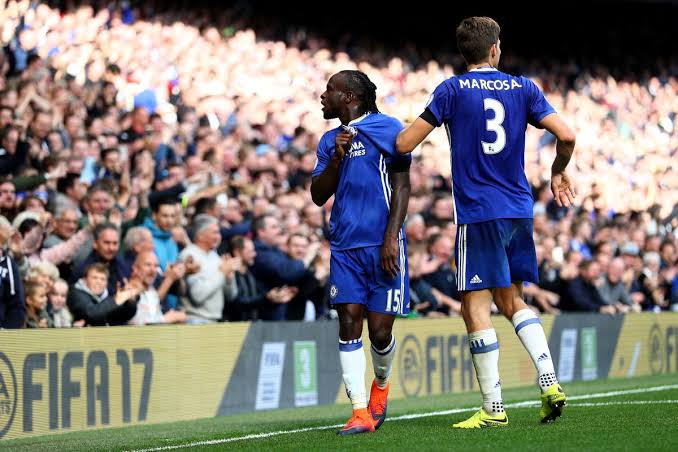 The intention of ex-Super Eagles star Victor Moses to return to Chelsea during the forthcoming winter transfer window in January 2020 has met a brick wall.

As per CNN Turk, Chelsea fans have reacted angrily following reports of Moses heading back to Stamford Bridge before his loan deal expires at Fenerbahce in January 2020, with a collective decision that the 28-year-old is no longer a favourite at west London.

Most of the fans are of the view that Moses, who turns 29 in December, is an old player.

They pleaded that club boss Frank Lampard should only consider giving young players a chance.

Moses has seven months left on his Fenerbahce loan deal.

Interestingly, the winger has been out of action since August after suffering a muscle injury but was an unused sub during last weekend’s game.

At the last count, Moses, who won the 2013 Africa Cup of Nations with the Super Eagles of Nigeria, has played on loan with the likes Liverpool, Stoke City and West Ham.

Meanwhile, Moses has returned to training with Turkish giants Fenerbache early in the week after seven weeks on the sidelines.

The ex- Chelsea winger injured his upper muscle during Fernerbache’s 5-0 win over Gazisehir Gaziantep FK back in August.