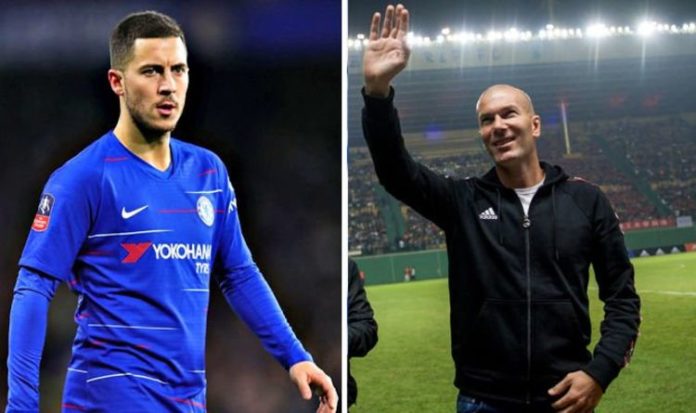 Chelsea have now agreed for Eden Hazard to join Real Madrid after telling the  28-year-old they will not stand in his way if he wants to leave.

Hazard is stalling on signing a contract extension and is widely expected to leave in the summer.

Zinedine Zidane has made the Belgian one of his priority signings once the window reopens as he looks to find a replacement to Cristiano Ronaldo.

According to The Sun, Chelsea have told Hazard’s representatives that he can leave the club, but only if Real meet their asking price of £100million.

That would make Hazard Real’s club-record signing and the Spanish giants are prepared to pay up despite the player’s contract expiring in little over a years’ time.

The Spanish club have already arranged a bumper contract offer for the Chelsea star worth an astonishing £400,000-a-week after tax – something the Blues simply can’t match.

He will also earn around £15m in bonuses, as Real have already started looking for a luxury house to help him settle in immediately.

Chelsea would love to keep Hazard but must seize this opportunity to cash in now or risk losing him for nothing in the summer.