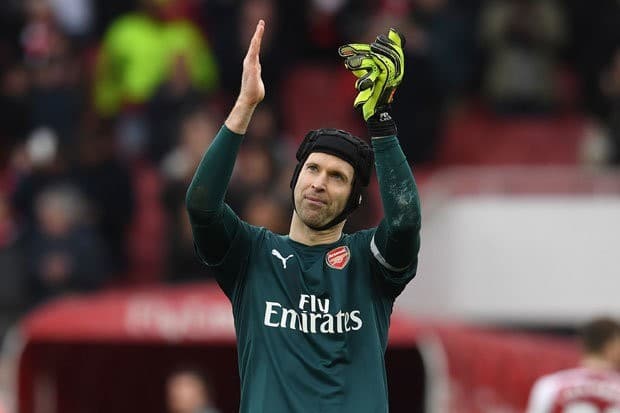 Chelsea Legend Petr Cech has this afternoon announced his retirement.

According to chelseafc.com, the 6ft 5in former Czech Republic captain said he will be retiring at the end of the season, bringing the curtain down on an incredible career in which he won every major trophy with Chelsea including most famously the Champions League in 2012.

The Goalie, who has been at Arsenal for the past three-and-a-half years, moved to Stamford Bridge in the summer of 2004 and remained first-choice keeper between the Blues' for a decade, maintaining such high levels of performances that he will be remembered not just as Chelsea's best-ever goal stopper but also as one of the greatest goalies of all time.

The 36-year-old won four Premier League titles during his time in west London, keeping a record 21 clean sheets during the first of those in 2004/05.

Cech also won the FA Cup on four occasions, the League Cup three times, the Europa League once and, most unforgettable of all, the Champions League in 2012, when his three penalty saves played a very big role in the Blues’ lifting the trophy they craved most of all.