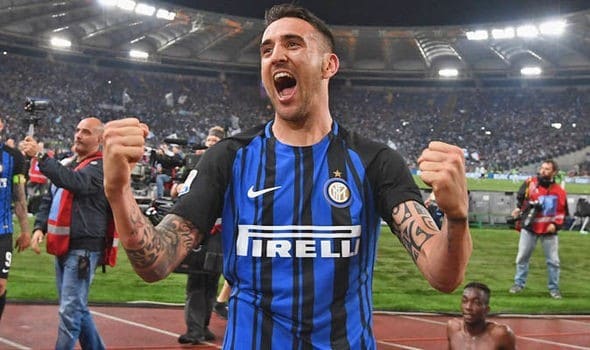 Chelsea are expected to confirm the appointment of Maurizio Sarri as the club's new head coach in the coming days and the Blues will have to act fast in the transfer market.

According to Calciomercato, Sarri has already put together a list of potential signings and Uruguay international Vecino features on the Italian's radar.

Vecino linked up with Inter last summer and made 29 appearances in Serie A during the most latest campaign, while Sarri earlier worked with the player at Empoli.

The report hints that Inter have no plan of accepting any offers which do not match their valuation, which is said to be around £22m and £26.5m.