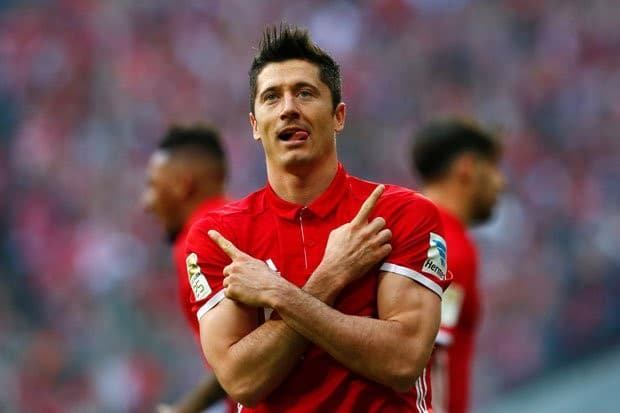 Chelsea are desperate for Bayern Munich striker Robert Lewandowski’s signature before this summer's transfer window closes for business on August 9.

Bayern manager Nico Kovac recently dismissed suggestions that the 29-year-old may possibly leave the Allianz Arena this summer, although it is understood that Lewandowski is still interested in a departure.

Real Madrid and Man Utd have been linked with the Poland international, who has scored 151 goals in 195 appearances for Bayern during his four seasons at the club.

However, according to the Daily Star, Chelsea manager Maurizio Sarri has identified Lewandowski as his number one transfer target this summer and is determined to bring Lewandowski to Stamford Bridge.

Chelsea, who have signed Jorginho along with Rob Green this summer, will continue their preparations for the 2018-19 campaign with a pre-season friendly with Arsenal on Wednesday night.