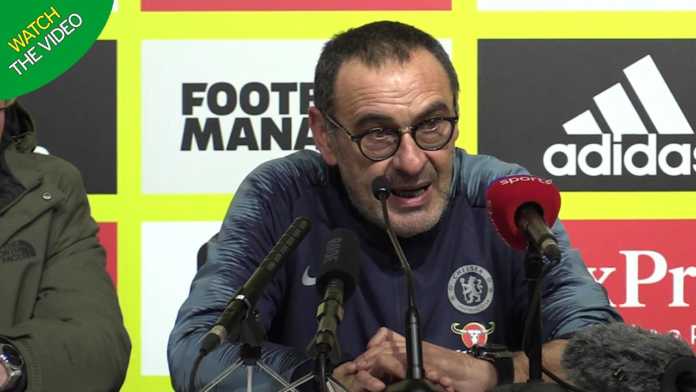 Former Liverpool and England star, Danny Murphy has urged Chelsea to scrap their pursuit for Gonzalo Higuain and give Olivier Giroud a push.

The France striker was an unused substitute when Chelsea beat Watford 2-1 on Boxing Day with youngster Callum Hudson-Odoi sent on ahead of him.

Eden Hazard celebrated his 100th and 101st goals for the Blues after scoring brace in the win at Vicarage Road.

The Belgium international, who has courted serious interest from Real Madrid, has scored 10 times this season to top the club's charts.

The 27-year-old played down talk of leaving as he made his intentions clear that he wants to become a Chelsea legend.

Despite Hazard's stunning form, Blues boss Maurizio Sarri is keen to bolster his attacking options when the transfer window re-opens for business and is plotting a reunion with Argentine ace Higuain.

The Napoli forward is on loan at AC Milan and Chelsea are keen to push a deal through.

Should former Real Madrid star Higuain sign, Chelsea are set to move on unsettled Spain striker Alvaro Morata who is said to be keen on a return to Serie A.