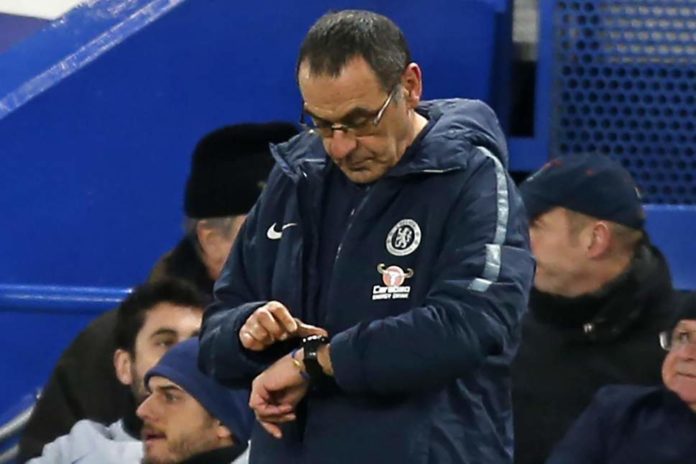 Steve Holland has been targeted by Chelsea as interim manager should they decide to sack Maurizio Sarri next week, according to reports.

The former Blues coach is the current no.2 to Gareth Southgate at England and Steve Holland could reportedly double his workload with a return to Stamford Bridge.

Sarri is on the verge of being dismissed at Stamford Bridge – with his side having lost three of their last five league games and crashing out of the FA Cup at home to Manchester United on Monday.

In the most recent development, The Telegraph claim Chelsea chiefs will turn to their former coach Steve Holland as interim boss should they decide to dismiss Sarri next week.

Holland worked with Chelsea for eight years before becoming Gareth Southgate's no.2 at England two years ago – and he will reportedly be asked to double up on his duties to accept this role to return to west London.

Although Chelsea have insisted they have not held talks with any potential replacements for Sarri, he is said to be interested in the role.

The Chelsea legend and current assistant to Sarri has managerial experience but there are reservations from the club about his suitability for the role.