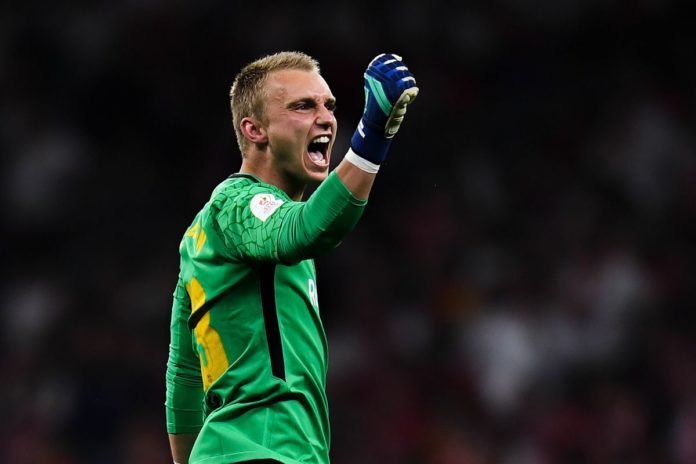 A report from Transfermarketweb this afternoon says Premier League giants Chelsea are targeting a move for Barcelona goalkeeper Jasper Cillessen should Thibaut Courtois depart the club.

The 29-year-old has been on the books of Barca since 2016 when he joined the club from Eredivisie giants Ajax.

The Dutch international has been restricted to Copa Del Rey duties for the Catalans, with speculations having long linked Cillessen with a departure from the club as a result.

Despite his 2nd-choice status at Barcelona, the NEC youth product is yet highly-regarded by most, with the shot-stopper having racked up 40 caps for the Netherlands to this point in his career.

A report from Spanish outlet Onda Cero last month claimed that all of Arsenal, Liverpool and Napoli had already tabled offers for Cillessen, with the Blues also named as admirers of the player’s talents.

The Blues could be the club set to coax Cillessen away from Catalunya this summer, amid claims that Chelsea are contemplating a move for the Dutchman.

With Thibaut Courtois expected to leave Stamford Bridge for Real Madrid before the close of the transfer window, Chelsea appear ready to have a sizable hole to fill between the posts over the coming weeks, with Cillessen as well as the likes of Pepe Reina, being seriously considered to fill in the gap.