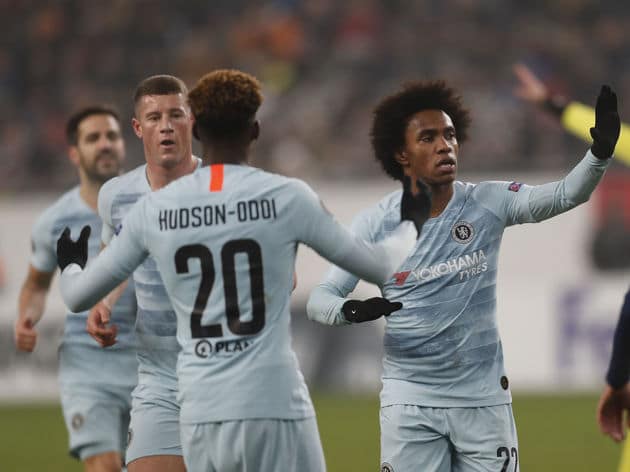 Chelsea will welcome Malmo to Stamford Bridge tonight for the second leg of the last-32 knockout stages of the Europa League.

Despite holding a 2-1 lead from the first leg in Sweden last week, it's fair to say – taking into account Chelsea's recent form – the tie is riskily balanced.

With the pressure intensifying on Maurizio Sarri's position at Chelsea, the last thing the coach needs is to see his side exit the Europa League tonight, even more so with the Carabao Cup Final looming large on the horizon this Sunday.

Tonight, Chelsea will be without her first-choice goalkeeper with their young Spanish keeper, Kepa Arrizabalaga, having picked up a hamstring injury.

When it comes to who will step into the void, it is more than likely that Willy Caballero will start, or is a surprise first-team opportunity for veteran third-choice keeper, Rob Green possible?

Elsewhere in the squad, there are two further doubts, another Spaniard, Pedro, has been laid low with a stomach virus whilst Davide Zappacosta has been absent from training due to a fever.

On paper, Chelsea should be able to cope without either of the duo, considering the quality of the opposition then again, you just never know when it comes to the Blues these days!