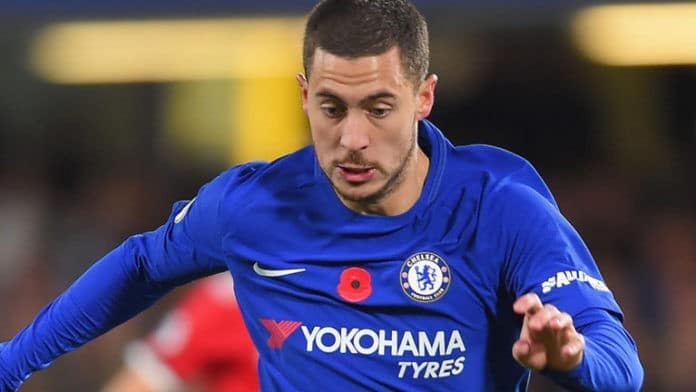 Chelsea are prepared to sign Barcelona midfielder Philippe Coutinho in the summer transfer market if Eden Hazard is sold to Real Madrid.

Diario Sport reports that Hazard is being heavily linked with a switch to the Santiago Bernabeu, as newly returned boss Zinedine Zidane plots a major squad overhaul.

SEE ALSO: Morata, Bakayoko And Zouma Could Be Recalled To Chelsea

The Blues are averse to lose the Belgian winger given their impending two-window transfer ban, which was issued after the club allegedly broke rules regarding signing minors from foreign clubs.

However, if their appeal on the ban is successful, Chelsea would be wise to cash in on their most prized asset, who could otherwise leave for free at the end of his contract in 2020.

According to Diario Sport, the club have prepared for this eventuality and identified Coutinho as the ideal replacement for Hazard, despite his frustrating campaign at the Camp Nou.

Transfermarkt states that the 26-year-old is currently valued at around £90 million, but such a large fee could be covered by any of the funds raised by the sale of Hazard – which would likely exceed that price.

As per Diario Sport, Paris Saint Germain are also very interested in the Brazilian, but he has ruled out a transfer to Manchester United, due to his past links with their arch-rivals Liverpool.

The Blues could be well placed to swoop for the Barcelona midfielder when the window reopens, but only if their legal woes settle long enough for them to submit an official bid.